The present study is a pilot-study that compares the effects of written direct and indirect feedback on both uptake and retention. The outcome of the research, that was conducted on six pairs of Italian as a Foreign Language students at different levels of proficiency, shows that indirect feedback is slightly more effective on the immediate uptake, while direct feedback slightly facilitates retention. However, the effectiveness of the correction seems to be affected by the level of personal engagement during feedback processing more than by the type of feedback provided.

Due to the difficulty of having access to the internal processes that take place in learners’minds, studies that take into account the feedback processing phase are relatively rare. However, observing learners’ reactions to feedback, understanding how they use it, or why they don’t, might be helpful to interpret research results on feedback effectiveness. In this paper we present the results of a small-scale study on the interactions that took place among learners of FL Italian while processing direct and indirect feedback on written pro-ductions. The outcomes show that a high level of engagement during feedback processing may lead to better results in the uptake and retention of the correction, and that there is not a clear correlation between the type of feedback and the level of engagement. Rather, the latter seems to be affected by other factors, such as individual variables and patterns of interaction.

Although the utility of written feedback is now acknowledged, the identification of the most effective corrective technique still is a matter of debate. In this chapter, we compare the effects of direct and indirect written feedback on the short-term uptake and the long-term retention of the correction in order to investigate which one could be more effective in enhancing language learning. Furthermore, we examine how students process the received correction. For this purpose, a research was led on twelve Italian as foreign language learners. The outcomes show that both direct and indirect feedback are effective in the short-term but less effective in the long-term; indirect feedback is slightly more effective on the short term, while direct feedback slightly promotes the long-term retention of the correction. Moreover, the level of engagement showed by learners while they process the correction might influence the efficacy of feedback itself. 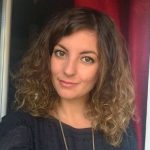